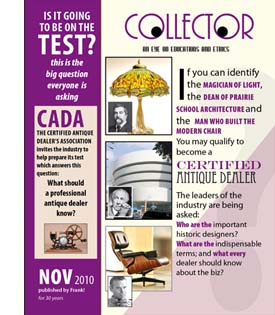 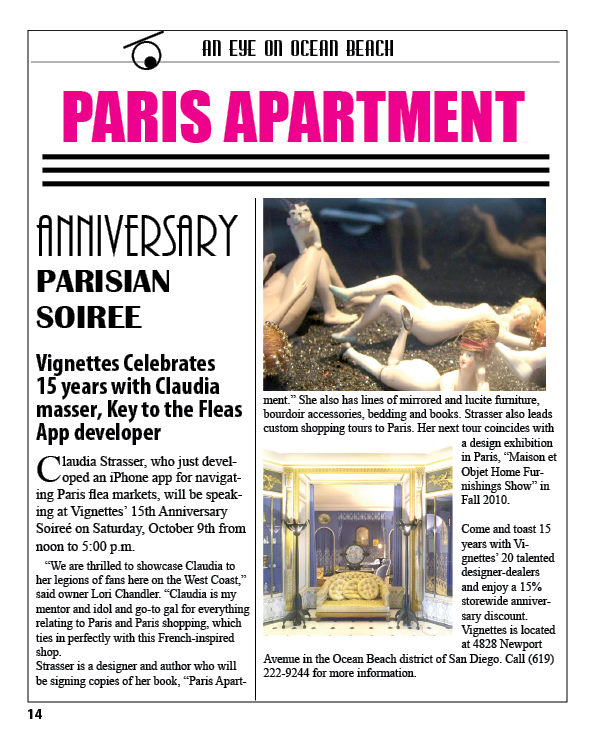 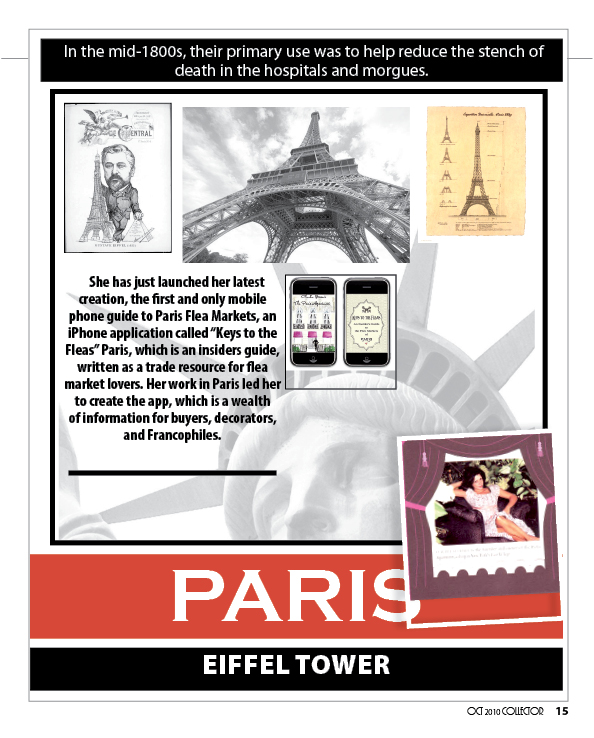 The story above announced the arrival of a Parisian designer, author, and entrepenuer who has created an App for Flea Market Shopping in Paris.  Vignettes in San Diego held thier 15 year anniversary and hosted her book signing event.

Special events like the one above, stories about dealers, and the latest trends are all in the Collector Magazine. Stay connected with Frank every day with the Collector Network Magazine Blog!  In addition to the monthly magazine, the blog is updated several times a week with new information, stories, and videos.

Collecting: Continuing a Tradition and The Ultimate Collectors

I believe there is a collector in all of us.  To collect according to the Webster Dictionary is to "gather together, acquire as a hobby, or regain command of (oneself)".  As children we have a natural tendency to collect because certain things became valuable to us at a certain point and we realize the more we have the better.  I would collect Barbie dolls because the more dolls I had with matching Barbie mansions and Barbie cars meant that I could show off my dolls to the neighbor girls and hopefully impress them.  Other collections I had were more personal, like my coin collection. The idea was not to show everyone my collection but it was more about opening up my little white cardboard box, holding each foreign coin in my hand and envisioning the foreign land where this coin had come from.  As a child I really had no clue of the actual monetary value of the coins and I simply didn't care.  Having the coins was about personal gratification and the hunt.

The hunt is when you go out to search for items to add to your collection.  As a child maybe you collected baseball cards and the hunt meant you gathered with other friends to compare collections and if someone had that hard-to-find card your goal was to get them to trade.  The hunt as an adult does not differ much and many people add items to their collections by going to stores, attending auctions or checking online if somebody has what they are looking for to add to their collection. 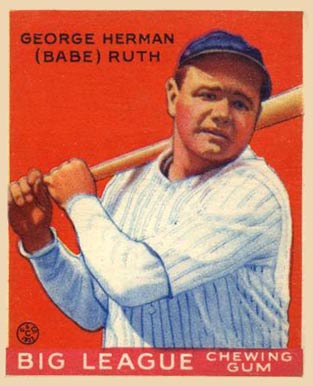 There is a very strong interest in antique and vintage collection. Not only interest but in recent years there has been incredible demand!  Certain pieces of furniture can sell for thousands, even millions and more rare items become more valuable over time.

Collecting For Years To Come 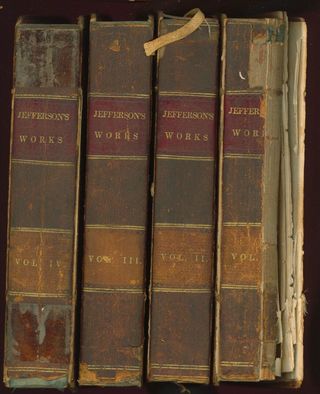 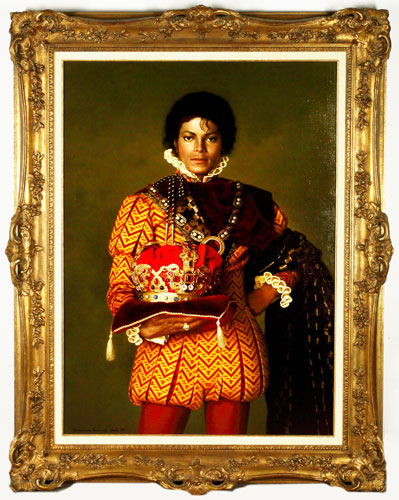 Check out this post on the 25 Strangest Collections from Neatorama.com Collections range from napkins, Soviet Calculators, sugar packets to street signs 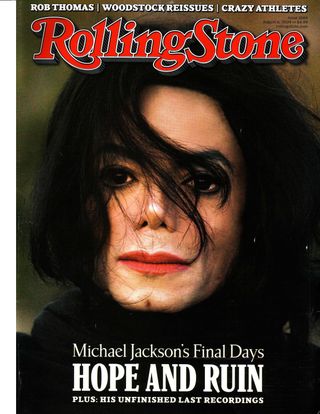 It was not a secret that Michael Jackson loved to shop and was an avid antiquer.  Rolling Stone Magazine recently featured Michael Jackson on the cover and the story inside mentions what he did on his last days.  Off the Wall Antiques in Los Angeles was his favorite antique shop and one of the last places he vistited before he passed.  After reading the magazine, I pickup up my LA Shopper's Map and decided to drive to LA, visit the shop and investigate the story a bit myself. 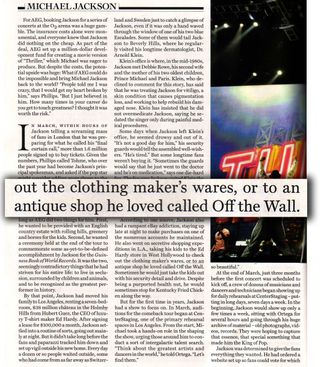 I left Long Beach around 3 p.m. on a Friday and of course hit traffic.  I felt very determined to find out more about this shop and why Micheal Jackson loved it so much and Friday rush hour traffic in LA was not about to stop me.  I arrived about an hour later and parked a couple blocks away and walked toward the shop.  I slowly opened the glass door and said to the shop attendant, “Hi, are you the owner, Dennis?”  The approachable man behind the counter confirmed and thus my investigation began. 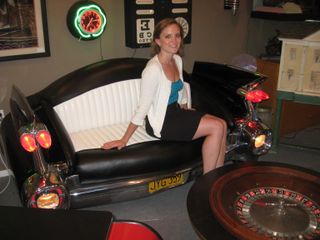 We sat down on the ’59 Cadillac sofa and I started writing vigorously on a notepad while Dennis spilled out story after story about the shop’s history, Micheal Jackson’s visits to the store and what kind of items Michael would purchase. 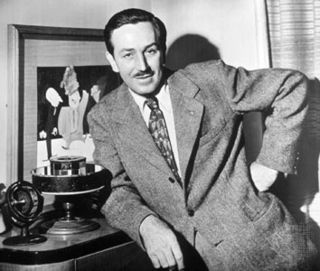 Michael Jackson loved anything Disney and in the early 1980s Dennis showed him a rare Disney item he knew Michael could not resist.  It was an original Zoetrope that sat on Walt Disney’s desk for many years before Mr. Disney passed.  At first, Michael did not believe Dennis and thought he was exaggerating the truth or pulling his leg.  At the time, Michael was very well connected with the staff who had worked closely with Walt Disney and asked if he could use the shop phone to make a call.  While on the phone he asks someone, “What did Walt have on his desk?” The person on the other line confirmed the origin of the Zoetrope and described the images on the Zoetrope: A woodchopper. That was all Michael needed to hear. He hung up the phone, purchased the Disney treasure immediately and never doubted Off the Wall again.

Off the Wall- Antiques and Weird Stuff 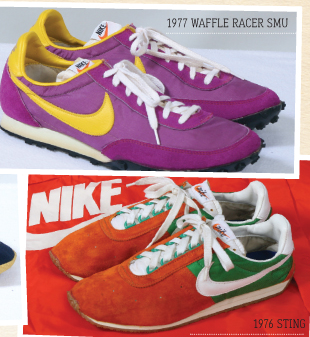 Lakers fan’s celebrated the NBA championship victory last Sunday night in downtown L.A. and stole irreplaceable vintage sneakers that were on consignment. Just about a block away from Staples Center, Holy Grail vintage shoe store lost over $100,000 worth of merchandise from the riots and looting that night. 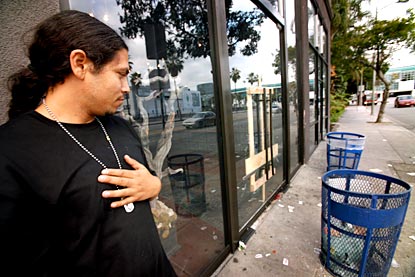 Holy Grail carries new and vintage sneakers like Nike, Puma, New Era, Estate LA, Supreme, 10Deep, Mishka, 7union, True, Leaders1354.  The owner, Richard Torres, opened the shop near the Staples Center to take advantage of the foot traffic after games.  Unfortunately there was a little too much traffic this time. Vintage is hot and these rioters singled out the store and knew the value of the goods. 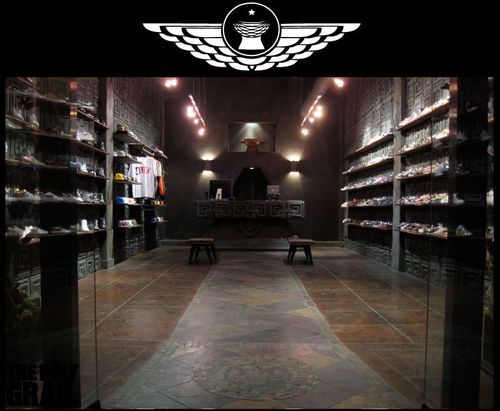 You can check out Holy Grail’s online store at store.holygrailgoods.com A window will pop up that says: “Due to rioting, we are temporarily unable to process orders, only donations via pay pal.  Thank you for understanding.”  You can still browse through the website and the store on 604 W. Pico Blvd in Downtown LA should be up and running by next week.

Read more about this story:

Off the Wall Antiques & Weird Stuff

Modernism is BIG these days.